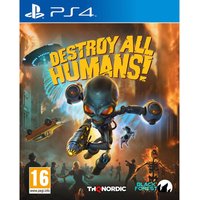 Rediscover a cult classic. Wreak havoc on 1950s Earth as the evil alien Crypto-137 - PS4 Destroy All Humans is considered one of the funniest games ever made. Invade and destroyYou'll need to harvest human DNA and bring down the US government in this action-packed remake. There's loads of alien weapons and psychic abilities that you can use to smash the puny humans. Then hop into your flying saucer and smash down entire cities. Pose as a human to infiltrate and take down the system from the inside. If that doesn't work, go all out with your psychic powers - use pyschokenisis to fling your enemies (or fling things at them).50s AmericaYou'll be able to freely traverse 50's American cities using your jetpack - and prepare your evil laugh for when you destroy primative architecture with a swoop of your flying saucer. There's bits that haven't been seen before too - the restored, never before seen Lost Mission of Area 42 - so there's plenty to get your evil alien hands on. 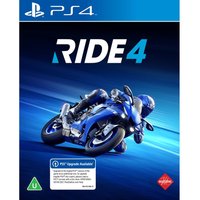 Bring motorbike racing to life with the Ride 4. Choose your favourite bike from a full line-up of 176 motorcycles. Each one has been digitally recreated, featuring impressive levels of detail. In addition to its high-octane challenge, Ride 4 provides additional depth by including over 30 unique tracks from all over the globe and dynamic weather effects for intense gameplay that feels more real than ever. Experience the intensity of long-lasting races in the Endurance mode, where good strategy and tenacity are the only ways to succeed. And with improved AI based on machine learning, your rivals will be faster and smarter, giving you some extra challenge. 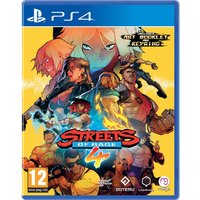 The latest in the series, PS4 Streets of Rage 4 brings you even more beat'em'up action. The series is well known for it's thumping soundtracks, and this game is no exception. It's got new mechanics and improved visuals, so it looks and sounds great. This side-scrolling game has hand-drawn animations that look stunning, and loads of fresh music from a team of composers - the perfect soundtrack to frantic action. You can even play along to the music of the previous Streets of Rage games. As well as Axel, Blaze and Adam, you'll now meet Floyd Iraia and Cherry Hunter who are on a mission to clear the streets. There's 12 former Streets of Rage characters that can be unlocked. You can battle by yourself or with a friend online, or team up with four people offline to take control of the Wood Oak City. Enjoy stunning classic-style gameplay with a twist of brand-new mechanics. 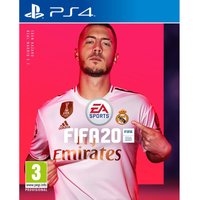 Score the winning goal in FIFA 20. Hear the roar of the crowd when you play with your favourite team, whether you're setting up a free kick with Messi or rifling in a shot with Lacazette, all of football's superstars are here. Play solo and make your way through the leagues, take on an online challenger or get your mates round for a big tournament. And now with Volta Football, you'll take FIFA back to the streets. From an underpass in Amsterdam, to a neighbourhood cage in London, or a Tokyo rooftop. You'll get to dress and equip your avatar, and then pick if you want to play 3v3 rush, 4v4, 4v4 rush, 5v5 or professional Futsal. 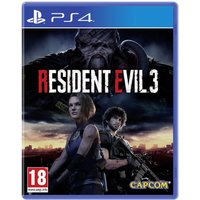 Go back into Racoon CityBattle your way through an unprecedented biohazard in Resident Evil 3. There have been a series of strange disappearances in Racoon City, and the specialist police squad known as S. T. A. R. S believes pharmaceutical company Umbrella is behind them. When their reports are rejected by the police department, they discover that Umbrella's T-Virus is spreading through the city. Survive the undead horde You play as S. T. A. R. S. member Jill Valentine as she fights her way through a city that has fallen into chaos. Although, it's not just the dead you have to worry about - the Nemesis T-Type is chasing you, and it's only a matter of time until it finds you. Plus, with the online multiplayer experience, you can work as a team to take on monstrous bioweapons and swathes of the undead. Relive the 1999 classic This reimagining of the 1999's Resident Evil 3: Nemesis, brings an amazing new level of detail to this survival horror classic. Enemies look and sound more terrifying, creating a heart-pounding gaming experience that will stay with you long after you put down the controller. 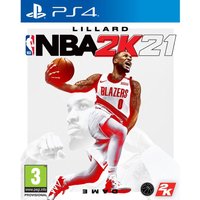 The next generation of basketball on console has arrived. In NBA 2K21 the game feels more real than ever thanks to improved gameplay and super-immersive graphics. MyTeam Build your own dream team and rise to the top of the online community competition with a variety of mini-games such as Domination, Triple Threat or Freestyle. MyPlayer Builder More control than ever before. MyPlayer Builder allows you to make decisions on every aspect of your MyPlayer's potential, including choosing your own Takeover. With dozens of archetypes and badges, the combinations are nearly endless. Neighbourhood NBA 2K21 comes with all your favourite game modes, including neighbourhood - an immersive open-world where any player can make a name for themselves in the most realistic basketball game to date. 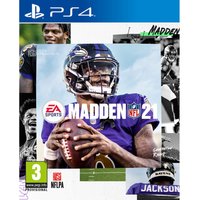 Immerse yourself the action of the NFL with all its speed and intensity in Madden NFL 21. Become the Face of the Franchise and control your NFL superstar journey starting in the College Football Playoff, compete against or play with friends online or side by side, take your team from pre-season to Super Bowl champions, and be at the center of every play so you can achieve gridiron greatness. New mechanicsMadden NFL 21 features new gameplay mechanics that provide realistic play and let you get creative. You'll be able to make precise movements thanks to the Skill Stick, perfect for moves like dead-leg and spins, or for defensive dive tackling. Face of the FranchiseGet to the top with Face of the Franchise: Rise To Fame. Play through the career mode to get yourself into the Hall of Fame. There's chapters of your career, starting way back in High School. Shoot to fame as you make decisions that will affect your career. Superstar X-FactorThe most elite players in the league can get boosts and bonuses that make your team unstoppable on the field. There's Offense skills like Blitz Radar that helps you to bust through the defence ahead of you, or stand your ground when you defend using elite tacklers with the Avalanche skill. 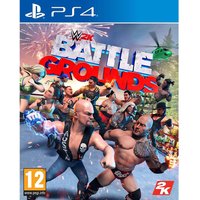 Incredible wrestling action Get ready to rumble with the PS4 WWE 2K Battlegrounds. There's everything you love about wrestling. Over 70 superstars and legends at your fingertips, including Stone Cold Steve Austin or The Rock himself, all ready to wreak havoc. Interactive arenas from all over the world, whether you fancy a steel cage hexagon or classic boxing rings. But most importantly, insane amounts of ridiculous, over the top wrestling moves and special abilities! Forget realistic, this one's all fun. Brawl your mates, brawl the internet You can follow Paul Heyman and Stone Cold Steve Austin in the comic-style story mode to find out the next WWE champion. Or you can brawl with your mates, online or local, in highly customised environments. There's ton of various power-ups, challenges and other twists to keep the mayhem fresh. Don't forget to create your brand new WWE brawler too. And when you out-brawl your friends, you can go global and become a true WWE star in online tournaments. 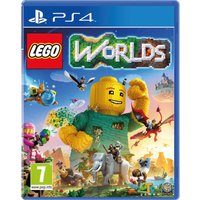 Create and customise the world around you with LEGO Worlds. Build LEGO structures, discover hidden treasures and populate your world with customisable characters and creatures. Then explore your world using helicopters, motorbikes and even dragons. You can even go online and explore your friend's world, working together and sharing your creations. 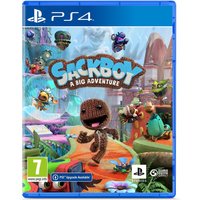 Join your favourite woolly friend in a new adventure. A spin-off of the LittleBigPlanet series, Sackboy: A Big Adventure puts Sackboy at the focus. The dastardly villain Vex has kidnapped Sackboy's friends, forcing them to build his Topsy Turver - a diabolical machine that aims to destroy Craftworld. Join Sackboy as he embarks on an epic 3D platforming adventure to save the sack-folk and save the world. Explore colourful and immersive new worlds alongside a new cast of friendly puppets as you dodge and battle enemies and gather collectables. And you can play with your pals in local or online multiplayer modes. 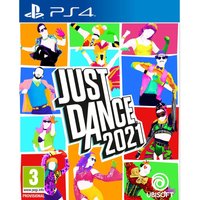 Get into the grooveGrab your Joy-Con controller and dance like no one's watching with Just Dance 2021. This year's edition comes with yet another 40 new tracks and stunning universes to keep everybody entertained. Join an online community of more than 120 million players around the world and get ready to set the dancefloor on fire with your moves. Dance to your favourite tracksAll your new favourite hits are here. Show your moves dancing to likes of Dua Lipa's Don't Start Now, Shawn's Se ±orita or Feel Special by TWICE. Just Dance 2021 has you covered with 40 new songs. Plus, with a free one-month Just Dance Unlimited trial included, you can get moving to over 550 tracks. You can even create your own playlists for the ultimate dance party. Keep fit with the familyIn the mood for a workout? Sweat mode is there to keep you motivated, tracking how long you've been dancing and how many calories you've burned in the process. And the whole family can join in on the fun too. Get together and combine your scores in the co-op mode. And with yet another 8 new kid-friendly songs, Kids mode helps encourage younger players to get up and dance. 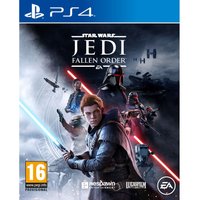 Take on a new adventure in a galaxy far, far away in Star Wars Jedi: Fallen Order. Set shortly after the events of Episode III - Revenge of the Sith, the game follows the galaxy-wide purge of the Jedi Order. Taking control of Padawan Cal Kestis, one of the few Jedi to survive, you'll need to master lightsaber combat and the Force as you do whatever it takes to survive. Explore exotic worlds from ancient forests to windswept cliffs. You decide your path - choose where you want to go next as you try to escape the clutches of the Imperial forces. 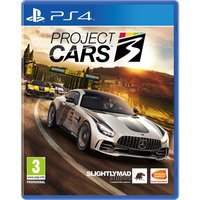 Race your way all the way to the top and become a legend of the racetracks in the PS5 Project CARS 3. Within the vast career mode you get to race and collect over 200 top brand cars and 140 famous racetracks. Earn credits and XP, progress your career and unlock them all. You can customise your vehicles' visuals all the way from decals down to the license plate, and you can suit up the driver as well. The racetracks are also rarely the same. With all four seasons, weather and daytime dynamically shifting, you'll keep discovering new beauties in each track. The driving model is designed to satisfy everyone, from a Sunday newbie driver to a seasoned pro. You can scale driving assists, beginning at an easy arcade ride and ending as an unforgiving simulator, testing your skills to the fullest. The thrilling sense speed stays the same though, no matter the settings. 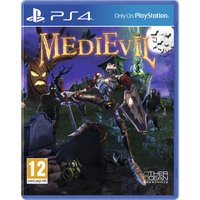 Relive a PlayStation classic reimagined with stunning 4K visuals in MediEvil. Join Sir Daniel Fortesque, a slightly inept and long dead knight who has accidentally been resurrected by the evil sorcerer Zarok. Given a second chance to defeat his foe, Dan sets out to save the kingdom of Gallowmere and become a true hero. Solve puzzles, explore enchanting environments and slay your enemies with enchanted swords. gigantic hammers and, if all else fails, your own arm. 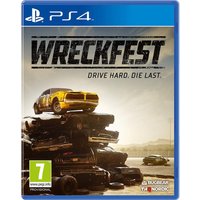 Break the rules and take full-contact racing to the limit with Wreckfest. Expect epic crashes, neck-to-neck fights over the finish line and brand-new ways for metal to bend - These are the once-in-a-lifetime moments that can only be achieved in Wreckfest, with its true-to-life physics simulation. Burn rubber and shred metal in the ultimate driving playground.

© Price-Wizard 2020 (AZ). No material on this website may be reproduced without prior permission.